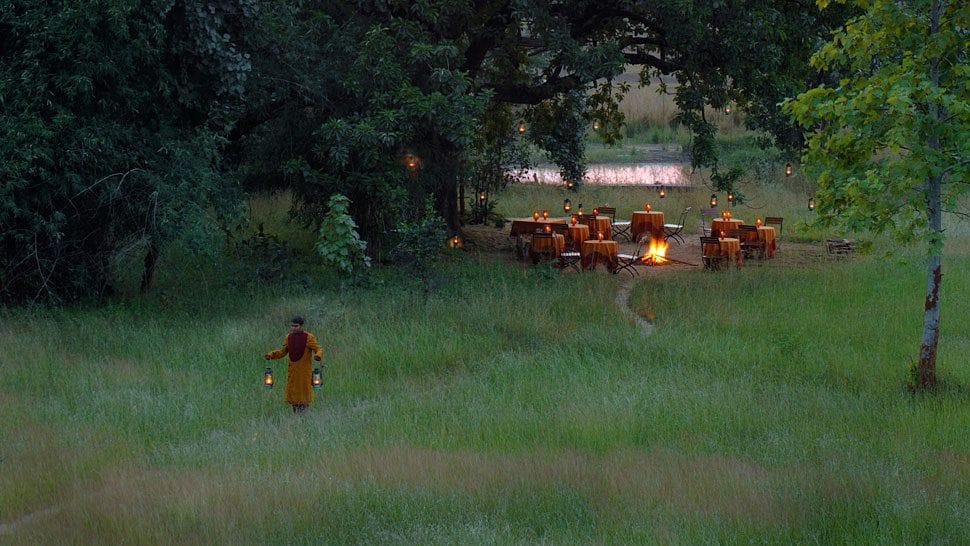 The Last Lions (and Tigers)

This post is all about the Big Cats.  Two weeks ago, I watched an incredible  film, The Last Lions,  at the Angelika Theater (the movie is also currently playing at Paris Theater in New York). Stunningly filmed in the Okavango Delta of Botswana by Emmy award-winning wildlife photographers, Beverly & Dereck Joubert (with narration by Jeremy Irons), this real-life drama follows lioness Ma Di Tau (“Mother of Lions”) and her struggle to survive to keep her three cubs safe after losing her mate and being pushed out of her territory into a strange land.

While I spent a good part of the movie digging my nails into my friends arm (there are some really tough and sad scenes to watch),  I couldn’t help but feel compassion and awe for this newly single mom as she tries to protect her cubs from predators, fire and all sorts of other enemies.   No more complaining (at least for now) from me of shuffling kids to activities and not being able to get a sitter!  [youtube=https://www.youtube.com/watch?v=PoAcNdeEf_Y]

But most of all, I left the movie wanting to do something to help these gorgeous animals – lion populations have dwindled drastically from 450,000  to only 20,000 in the last 50 years and are in danger of extinction.  All the proceeds from the movie go towards the National Geographic’s “Big Cat Initiative” – an urgent call-to-action campaign to help save the cats … so go see the movie now!

Or better yet, plan a safari (this is, after all a travel blog, in case you or I forgot) at any of the amazing camps associated with Great Plains Conservation. A new conservation tourism organization that the Jouberts helped to create in 2010, Great Plains consists of 8 incredible camps in Botswana, Kenya and Tanzania in which your stay contributes directly to wildlife conservation emergency projects. Go to their website to get information on each of the camps but some pictures below should whet your appetite!

Since we are on the topic of big cats, I do have to say a word also about the Tigers. We said goodbye at the end of 2010  to the Chinese “Year of the Tiger” (2011 is “Year of the Rabbit” in case you were wondering) . Tigers are already on the endangered list due to poaching and China’s insatiable demand for tiger parts as well as habitat loss. Consider this fact: In 1950, there were 50,000 tigers roaming the earth – now there are approximately 3,500 (half of which are in India). In the last 3 years alone, 1,500 tigers were killed despite many renewed efforts at conservation.

Enough of the lecture.  If you want to see this beautiful elusive creature, don’t wait too long. Your best chance to see them is to go to some of the wonderful tented camps in India bordering Ranthambore National Park or Bandhavgath National Park.  Two worth investigating are run by &Beyond (the conservation focused travel company formerly known as ccAfrica) and Amanresorts.

With twelve cottages, andbeyond’s (formerly known as CCAfrica) Mahua Kothi luxurious tented camp is only 10 minutes from the entrance to

the renowned tiger reserve of Bandhavgarh National Park  (considered one of the country’s most beautiful reserves) in India.  The park, 169 square miles, is also home to one of the largest tiger populations in the world with an estimated 50 tigers. This Relais & Chateaux property also features tiger viewing while riding on the backs of elephants, in addition to twice daily game vehicle drives.

Amanresorts’ own Aman-I-Khas (also notorious as the location of Kate Perry and Russell Brand’s wedding), at the end of Ranthambore National Park (a 3-hour train ride from Delhi or 4-hour car  ride from Jaipur) has 10 luxurious tents (air-conditioned and heated). Tents are modern with a  British-Colonial touch.

The camp accomodates only 20 guests at a time with a 4:1 staff/guest ratio so as to accommodate your every need. Gorgeous, right? Check out TripAdvisor – not one less than stellar review! Aman-I-Khas is closed May through September.