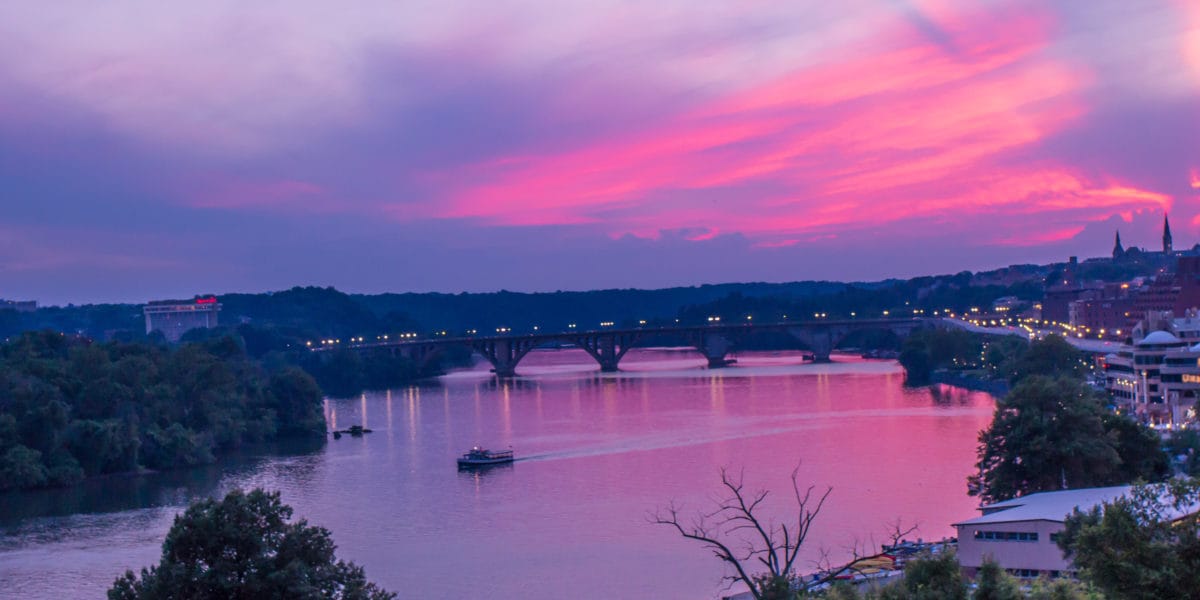 Visiting a hotel with a storied past

The nation’s capital holds a special place in my heart – it is, after all where I spent four years of undergraduate school. As my college was in the heart of the city, I enjoyed getting to know the neighborhoods of Georgetown, Dupont Circle, Adams Morgan and Foggy Bottom. It was cool having the IMF, World Bank and the White House only a block from our dorms and professors and lecturers who worked on Capitol Hill or inside the Reagan administration.  The only thing missing then to warrant it a perfect college town was decent restaurants. I have been back only twice to Washington D.C. since college but a college reunion weekend in October (coinciding with family weekends of every school in D.C. and a Marathon) gave me the excuse to catch the 3-hour Acela Express from Manhattan on a perfect Fall/Indian Summer weekend. A lot has visibly changed in D.C.: the construction craziness plaguing the city for the last 20 years was gratefully inconspicuous. New neighborhoods, such as Glover Park, have cleaned up and are thriving with hip restaurants and shops. And, the dining scene is hot, hot, hot  (foodies will not be disappointed) with so many more choices than I ever had as a student. Of course, some things haven’t changed: the White House is still there, two blocks from Thurston Hall. But I am not sure I will ever look at it the same again with the current resident in it.

Walking often from Foggy Bottom to Georgetown, I used to pass by the nearby infamous Watergate Hotel (the site of the greatest American crime scene in history — so far). Then, there was no reason for me really to go inside. But ever since the Watergate hotel re-opened in June 2016 after a major design overhaul, I have been looking for an opportunity to walk through those doors. With 2017 marking both the 45th anniversary of the Watergate break-in and 50 years since the Watergate first opened its doors, this was the perfect time.

The Watergate hotel originally opened in March 1967. Designed by Luigi Moretti (a significant influence on the urban design of Rome in the 60s), the hotel was known for its innovative, contemporary style and was the playground for the Washington elite to mingle with Hollywood royalty. Then the Watergate break-in happened on June 17, 1972 which led to the resignation of President Nixon. The Watergate became infamous (and, unbeknownst to many, the Watergate is also where Monica Lewinsky sought refuge after her affair with President Bill Clinton emerged).  After that, the Watergate was never the same. It fell into disrepair with many different hands taking it over and closed in 2010.

Now, reopened in October 2016 with a new bold look that was created to compliment the existing architecture of the hotel, the Watergate is once again making headlines  with a fresh look and appeal. The new owners, with the help of London-based designer Ron Arad, have re-designed the hotel’s 336 guest rooms and 24 suites, installed a 15-yard indoor swimming pool and a new 12,500 square foot spa and fitness facility. Three new restaurants and bars completes the new redesign: Kingbird restaurant, a contemporary restaurant off the lobby with outdoor seating on the Potomac riverfront; The Next Whisky Bar, a whisky bar off the lobby; and Top of the Gate, an outdoor rooftop bar with 360-views of the Potomac River, Georgetown, the Capital and Washington Monument. Sounds great, right?

Entering the Watergate for the first time, my first impression was a lobby that felt a bit more ‘nightclub’ than lobby. The mid-century design, with its shiny, sculptural metal reception and curved wall of whisky bottles marking the entrance of the whisky bar off the lobby, was created to make a lasting impression. And it is, honestly, pretty cool. But, for me, the whole aesthetic was a bit jarring to my eyes during the daytime. For anyone experiencing a bit too much drink from the night before, sunglasses are essential here in the morning. I did get a kick out of the staff uniforms designed by ‘Mad Men’ costume designer Janie Bryant especially for the hotel.  A bit ‘Mad Men’ with a modern twist. They give a sense of character to the hotel. Nearly all the guest rooms feature views of the Potomac River. My Deluxe King room was perfectly comfortable – contemporary and masculine although a bit generic – more tailored it seemed for a business than a leisure traveler. The bathroom, with floor to ceiling marble tile, was spacious and new. The rooms feature a ‘state of the art in room control system’ but for the life of me I could not figure out how to turn the lights on or off.

There were subtle, clever nods everywhere to the hotel’s history: Room keys featuring ‘No Need To Break In’, pencils with ‘I stole this from the Watergate Hotel’…even a typewriter font on the stationary evoking newspaper copy from the 70’s. For conspiracy-seekers, anyone just interested in the Watergate’s past or someone just looking for a one of a kind accommodation, it’s worth checking into the new Scandal Room. On October 20, the Watergate unveiled room 214 to the public – the official ‘room where it happened’. Opened to coincide with the 45th anniversary of the break-in, the room was designed by Lyn Paolo – costume designer of the hit show Scandal (how fitting) and acknowledges its storied past with subtle and not so subtle touches everywhere.

I took advantage of the incredible weather by grabbing a quick cocktail at the 5th floor rooftop bar Top of the Gate.  With 360 views (including the neighboring Kennedy Center for the Performing Arts) and music piping from somewhere, this is the spot to enjoy the sun set over the Potomac. For me, this was the best feature of the Watergate. The only minor hitch during my brief overnight stay at the Watergate was the service. While the reception staff was very friendly and courteous at check in and check out, the lack of service during the morning was embarrassing. A dozen people (remember this was family weekend for almost all the colleges so almost every hotel was fully occupied) were piled up waiting at the complimentary coffee station that was empty in the lobby for over 30 minutes waiting for a cup of coffee. Despite repeated requests by many to the front desk, no one came to advise the frustrated and caffeine-deprived guests. It didn’t leave a good lasting impression.

The location of the Watergate has its many advantages. It’s a short walk from both Foggy Bottom and Georgetown. And on the banks of the Potomac, it is a 2-minute from the Rock Creek Park where you can take a jog or walk along the river. I enjoyed waking early to watch people crewing on Potomac – it felt like the world was out on that particularly glorious Sunday morning.  In the evening, it should be noted, it is advisable to take a quick taxi or uber when leaving the Watergate complex. Virginia Avenue can be busy and most restaurants are a short drive away.