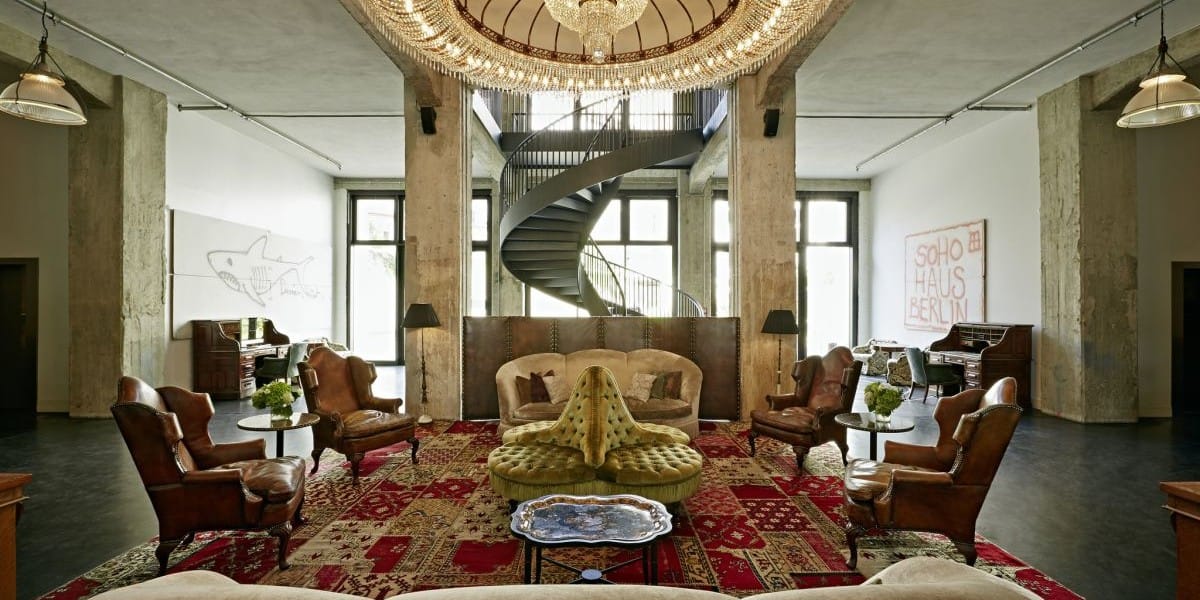 Spotlight On: The Blooming of Berlin

Most people have a few travel opportunities they regret not taking in the past. I have three I wish I didn’t forgo: a senior-year college trip to Russia (while it was still old-world Communist), a 3-day whirlwind trip to Australia for $129 roundtrip offered to me while I was at American Express, and…most of all, not joining friends on a trip to Berlin before the Wall tumbled down in 1989.

Two decades after the fall of the Wall, Berlin is starting to get a lot of hype in the travel magazines and newspapers lately. Berlin is

going through a rebirth of sorts with its young generation bringing a new energy to the city that rivals its heydey of decadent cabarets and smoky nightclubs (ever see the movie Cabaret?) during WWI and WWII.

Now you will find art galleries in almost any corner, new fashionable clothing boutiques and hip restaurants popping up what seems like every day – particularly in the fashionable Mitte district.

So, when Escapio.com (a wonderful European travel site featuring a collection of unique luxury hotels targeted to the discriminating traveler) offered to do a post on Inviato featuring the new hot spots and boutique hotels in Berlin, I jumped at it since this European capital city remains (regrettably) elusive to me. Thank you, Escapio! Enjoy, everyone!

“New and returning visitors to Berlin are often perplexed when trying to figure out 1) what neighborhood to pick a hotel and then 2) what hotel to select.  Although Kreuzberg has long been the ultimate underground, punky place to find the edgiest art and coolest nights out, Mitte is still holding its own as the crown prince of sophisticated diversity in Berlin, while the old West has a distinctively mature ambience.

Since the fall of the wall in ’89, Mitte‘s renaissance has characterized modern Berlin. Retaining the rougher graffitied edges that make this place so interesting, it has also become home to an eclectic mix of bohemians, entrepreneurs and night-dwelling party people who – unlike most visitors – know exactly where to go to find the best drinks, the best music, and the best crowds. Berlin’s nightlife venues do not exactly advertise, and it is not unusual to find a crowded bar hiding behind a nondescript door. AM-to-PM is one of these: Hiding beneath the S-Bahn, this bar serves up drinks and dancing all night (from 6pm when it’s daytime disguise as a cafe is packed away).

The Soho House Berlin is the perfect hotel from which to explore the nightlife (and impressive) daylife of Mitte. The décor of the Soho encompasses a century of Berlin history: an industrial exterior within which lies a decadent mixture of modern luxuries and vintage furnishings. The rooftop pool and exclusive club floors are the trendiest places to rub shoulders with fashionable hipsters and admire Berlin’s changing skyline.

A renovated townhouse, pure old-Berlin elegance, this hotel combines discreet, five-star service with a sense of home to treat guests to the sumptuous style that the Brandenburger Hof is known for. After a divine breakfast of sweet and savory tapas-style selection served in the glass-roofed courtyard, this

is the perfect starting point for exploring the mature and elegant Charlottenburg district. Coffee sipping and fine pastries in delicate cafes like the Literaturhaus with its leafy garden, an afternoon musing over artwork and unusual jewelry, followed by an evening at A-Trane, Berlin’s premier jazz club. Neighboring Schöneberg is home to world-class restaurants and shopping, as well as multicultural and eccentric neighbourhoods with the thumping bass of nightclubs booming out of unsuspecting buildings.

Charlottenburg is the heart of the old West Berlin- a well-to-do neighbourhood, established and middle-class, where many western diplomats lived during the cold war. Here, a visitor can find extensive shopping, international dining options and an array of theatres, operas and galleries. Kurfürstendamm (one of the most famous avenues in Berlin), the famous KaDeWe department store, and the leafy surrounding streets and squares are helping to propel Berlin’s reputation out of the Prussian era and into modern Europe. Perhaps its the small dogs, passing cyclists or an afternoon over coffee and cake – this is the ideal district to get a feel for a changing yet unhurried city.”