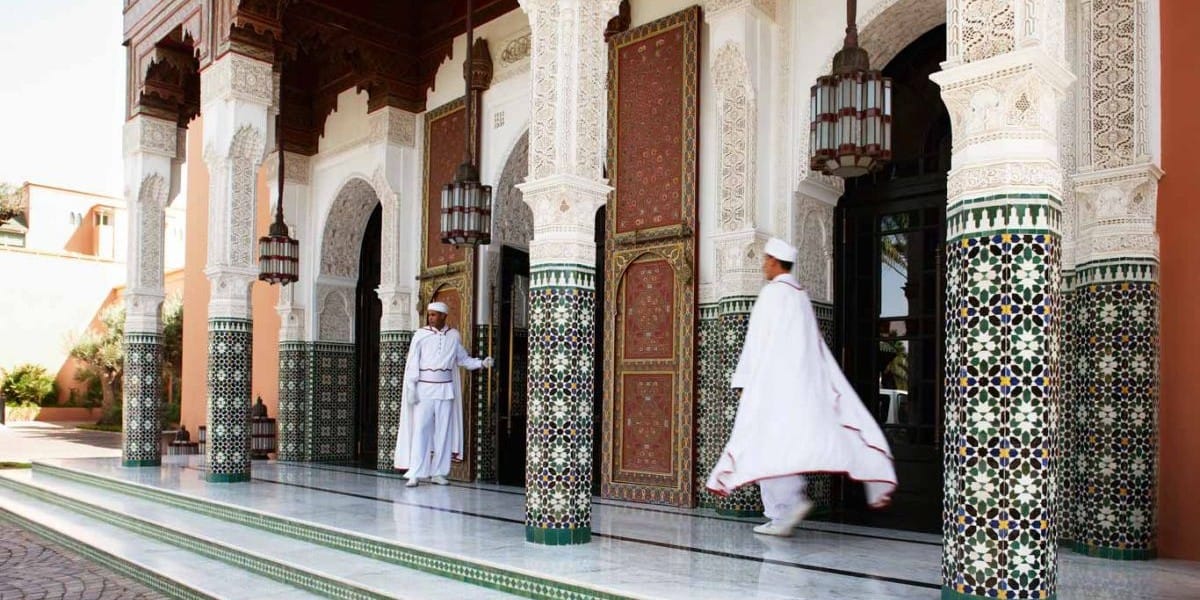 After a loooong  three-year, $175MM  renovation (and badly needed at that, according to TripAdvisor reports), the famed Marrakesh hotel La Mamounia re-opened its doors last week.  A bunch of new, lavish hotels have opened in Marrakesh in the last few years ( Amanjena and Villa Rose Sultan come to mind).

French designer Jacques Garcia (the man behind the Royal Monceau – now also closed for renovation – and Costes hotels in Paris) was hired to give the hotel a facelift.  Apparently, the interiors have changed dramatically…it is left to be seen if returning guests will balk or breathe a sigh of relief.

The historical state-owned hotel, which opened in 1923, now boasts 136 rooms and 71 suites, a 27,000 square foot spa, three restaurants, five bars and 20 acres of gardens. Oh, and of course higher prices.