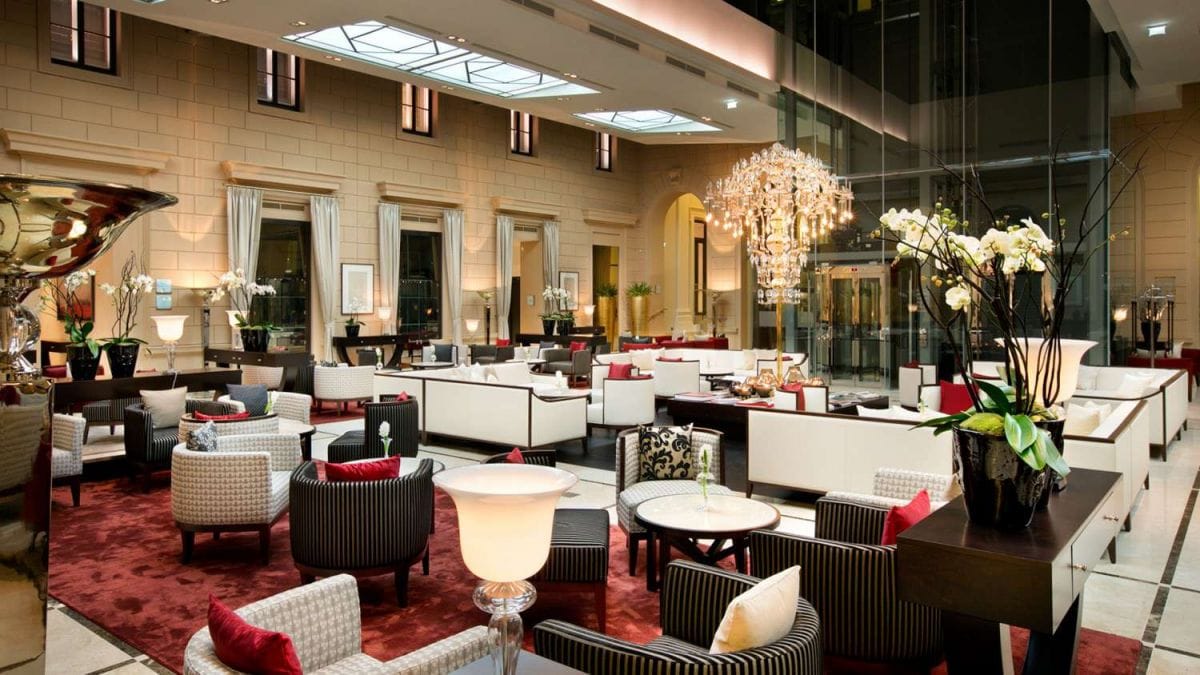 There have been so many incredible hotel openings this spring and early summer, that it has been hard to keep up with them all. Here is my own culled list of seven notable hotel openings to ponder (I am not including Mukul Resort in Nicaragua which, while it looks lovely, has been covered to death since its opening in January). All of you who are thinking and planning your summer travels (or even thinking ahead to next year), please take note as there are many on the list to drool over :

The Resort At Paws Up

Cliffside camp at Resort at Paws Up


Opening this June at The Resort at Paws Up in Montana is the Cliffside Camp – a new and luxurious camp located on top of a cliff overlooking Blackfoot River and Elk Creek – for those looking for extreme glam ping (we’re talking air-conditioned tents). The new camp will consist of 4 2-bedroom tent suites (perfect for families), 2 1-bedroom tents for couples, its own dining pavilion and camp butler.

The newest hotel in our capital just opened on March 23rd. Located in the heart of Georgetown along the C&O canal, this new Capella property with 49 individually-designed guest rooms and 12 suites looks quite nice.

Each guest room has a 24-hour personal assistant and complimentary Wi-fi and guests will have flexible check-in/check-out times (I would like to see how that works) and private use of the Capella Living Room (hotel guests only). Newly opened at the hotel is the Grill Room restaurant and Rye Bar whiskey bar. I’m hoping to check out the bar this weekend during our visit to D.C.!

The Palais Hansen Kempinski Vienna (the official name) opened its doors on March 20th with 152 rooms and suites, two restaurants, 3 bars and a 9,000 square foot spa. Located in the heart of the historic district of Vienna near the Danube, the Kempinski is housed in a heritage-listed Renaissance building. The building was originally built as a hotel for the 1873 World Exhibition but never opened. So one could say it took 140 years to build!

Some appealing features, other than the striking interiors, are iPad check-in, an iPad in every guest room, afternoon viennese tea in the lobby and very hip bars to choose from such as the Night Bar & Cigar Lounge and Henri Lou (named after one of the first women in Austria to be accepted into male circles).

We all know Berlin is the hot city of the moment and now there is another reason to go to there – this time you can use your American Express Membership Reward Points to book your stay at this new hotel. In early March, we saw the opening of the 232-room Waldorf Astoria Berlin, which is housed within a 32-floor, 387-foot tall skyscraper near the shopping boulevard, Kurfustendamm (Germany’s equivalent of the Champs Élysées).

The decor is a bit too slick and modern for my personal taste but the hotel still has much going for it: a Guerlain Spa (the only Guerlain spa in all of Germany), a restaurant run by Michelin-star chef Pierre Gagnaire, Romanisches Cafe, Lang Bar for cocktails, and Peacock Alley (like its NY counterpart) for tea.

One opening I am particularly excited about is the Hôtel de Paris in St. Tropez which opened on March 23. One of the first hotels to open in St. Tropez back in the 1930s, the reborn hotel is likely to be the spot to see and be seen like its predecessor. The decor of the 52 room and 38 suite hotel, located in the center of St. Tropez and a 2-minute walk from the harbor, is downright striking (at least from what I can tell on the website). Channeling a 60s/70s mod style, it is all vibrant colors, lacquer furniture, bright prints and shimmery textures. Brigitte Bardot would have fit right in.

What else is cool – A Clarins spa is set to open 6/1, rooms featuring home automation systems to manage TV, climate and lighting. The tour de force? An outdoor pool made of metal and glass with a transparent bottom suspended 50 feet above the hotel roof. Such a technological feat is not without its problems: On the hotel web site it reads “Due to a technical incident and for reasons beyond our control, we would like to inform you that the swimming pool will be closed through April 30th“.

Rates for June currently range from 485 € for a Classic Room to a whopping 9k € for the Presidential Suite.

Anyone who has ever stayed at the popular and chic hotels JK Place in Capri or JK Place in Florence is eagerly awaiting the newest outpost in Rome set to now open July 1 (an opening that has been pushed back from an anticipated opening late Spring). Just off the Via Condotti, near the Spanish Steps, the JK Place Roma will have 30 bedrooms and suites in a grand 17th century building that was formerly the home of the Architectural School of the Sapienza University of Rome.

Using the same Florentine architect who designed the other JK Place hotels, Michele Bönan, I expect the hotel to be every bit as stunning as its Italian siblings. Cool factor: a rooftop terrace and bar where guests can watch movies while enjoying the views of Rome.

Amanites can rejoice! The Áman Canal Grande, a 24-suite 16th-century palazzo hotel, will open June 1 in Venice to coincide with the 2013 Venice Biennale art exhibition. This Aman property overlooks the Grand Canal in San Polo, one of the oldest and most beautiful parts of the city. Guests can expect to arrive to the hotel by boat directly into the hotel’s grand reception hall. The hotel can boast about its two gardens – a rarity in Venice – that is exclusive to guests. The Dining Room which is actually two restaurants are in the grand ballroom overlooking the Grand Canal.

Almost all suites will feature king size beds with views over the Grand Canal (another rarity in Venice), many with frescos and reliefs. You can expect contemporary simple furnishings as typical with every Aman property. The website is now taking reservations but, with few rooms, I expect summer to be already fully booked at this highly anticipated Aman property.