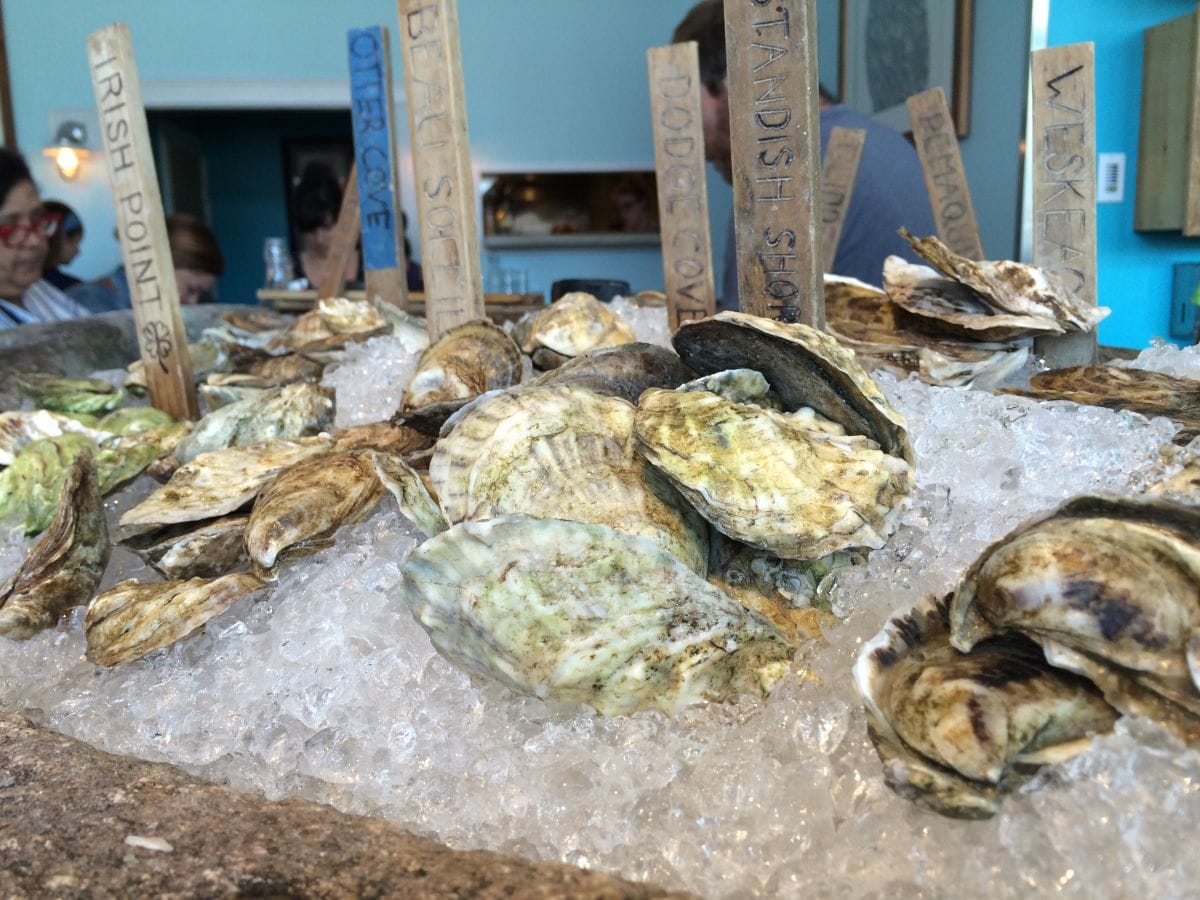 When we decided last September to send our youngest daughter to sleep-away camp in Maine, I knew I had to book a hotel room fast or risk being shut out. With only a one night stay possible due to a conflict with our other daughter’s visiting weekend in the Catskills, a weekend in Kennebunkport was ruled out (Read our previous reviews about Tides Beach Club  and Hidden Pond here) and our options in Portland appeared less than exciting.

Then, several months ago, I read about upcoming opening of The Press Hotel – the first boutique hotel in Portland located in the Old Port/Historic district. I  booked it the day reservations became available.

The Press Hotel, open only two months since May, was aptly named based on the historic building (known as the Gannett building after the family who owned the newspaper until 1998) it is housed in: the former home of the Portland Press Herald. The newsroom and printing plant of the state’s largest newspaper (along with other newspapers) inhabited the Gannett building from 1923 until 2010.

Now a member of Mariott’s Autograph Collection – an ensemble of 75 individual personality-rich boutique hotels – The Press Hotel is a 110-room (including nine suites) boutique hotel. Lots and lots of attention to detail and thought went into the renovation of this hotel which I was told cost about $12MM in addition to its purchase price.

You could tell that the NYC-based architectural and design firm, Stonehill & Taylor (also architects of NYC’s Crosby Street Hotel) must have had plenty of fun with this project, giving the hotel distinctive personality as well as paying homage to old-style journalism references. From the lobby to the guest rooms, you are cleverly reminded of this edifice’s journalistic past. In the lobby, vintage typewriters are prominently affixed to the

walls as an art installation (I had fun checking out the several vintage typewriters in the lobby) and raised typeset etching display behind the front desk. In the guest room hallways, you will find real newspaper headlines from the last 150 years on the walls (some are hysterical) with words spilling to the carpet. And inside the rooms, you can play reporter with a 50’s style office desk and chair along with clever quotes and references (Remember The quick brown fox jumps over the lazy dog – anyone?).  Even the logo of the hotel itself is meant to evoke vintage typewriter keys.

Downstairs you will find a small art gallery featuring local artists and a very nice fitness center (check out the original Toledo newspaper scale). In many ways, The Press Hotel reminded us of the 21c Museum Hotel in Louisville (reviewed here) in it’s stellar combination of authenticity, hospitality and setting. While there is no spa in the hotel, an arrangement with Akari Spa just down the block offers guests an array of spa services (including blowouts).

Here, the front desk is both your check-in and your concierge. We found everyone, from the valet to the hostess at the hotel’s restaurant, Union, eager to please. Inkwell, a small bar at end of lobby, features small bites and Portland micro-brews while Union Restaurant, a 100-seat farm-to-table restaurant serves locally sourced fare for breakfast and dinner. With a thunderstorm that evening keeping us from venturing outside the hotel, we were all to happy to make ourselves at home there.  Except for the NYC prices, everything we tried at Union was fresh, and delicious. Breakfast was no different.

Our room (#706 facing Exchange Street) was comfortable and attractively designed in hues of navy, camel and grey and equipped with all the modern gadgets you need, including a large flat screen TV. The contemporary, Carrera marble bathroom was pristine. Except for the loud music playing in the evening outside on the street while we were trying to sneak a nap, we were very pleased.

Unbeknownst to us, Portland is quite the foodie mecca and everyone from the concierge to the diners sitting next to us at the bar at Eventide Oyster Co. gets quite serious and passionate when talking about local restaurants. Fortunately, the hotel is positioned in a prime spot at the tip of the Old Port district where choices are abundant. See our list below for some notable ones.

The last word: A fantastic addition to Portland scene and what will be our landing pad in Portland for many summers to come. Word has already started to spread about The Press Hotel. I am certain that next summer I will be checking in alongside hordes of other parents during camp visiting weekend.

We were blown away by the abundance of quality dining options in Portland. With less than 24 hours in town, we only had the opportunity to eat at Eventide and Union Restaurant in the hotel but these others below came highly recommended to us by locals as well as friends who come here each year (Bonus: these places are all close to the hotel). Next time.

J’s Oyster. 5 Portland Pier. A large and popular 2-story restaurant right on the Pier known for its steamers, lobsters and other seafood.
Street & Co. 33 Wharf St. A rustic bistro on a cobblestone alley serving simple, local coastal dishes.
Boone’s Fish House. 88 Commercial Street. A lively fish house on the waterfront, known for their fish chowder.
Eventide Oyster Co.  86 Middle Street.  I read about Eventide in Travel & Leisure on the plane to Portland and headed there for lunch. A fairly new and attractive restaurant that is a must for oysters (I highly recommend ordering a sampling), lobster rolls and steamed buns.  Best for brunch and lunch but be prepared for a bit of a wait.
Duck Fat. 43 Middle Street. A sandwich shop known for its Belgian fries with amazing dipping sauces and milkshakes.

Rates at The Press Hotel begin at $278 (breakfast not included) for a standard room during summer months.