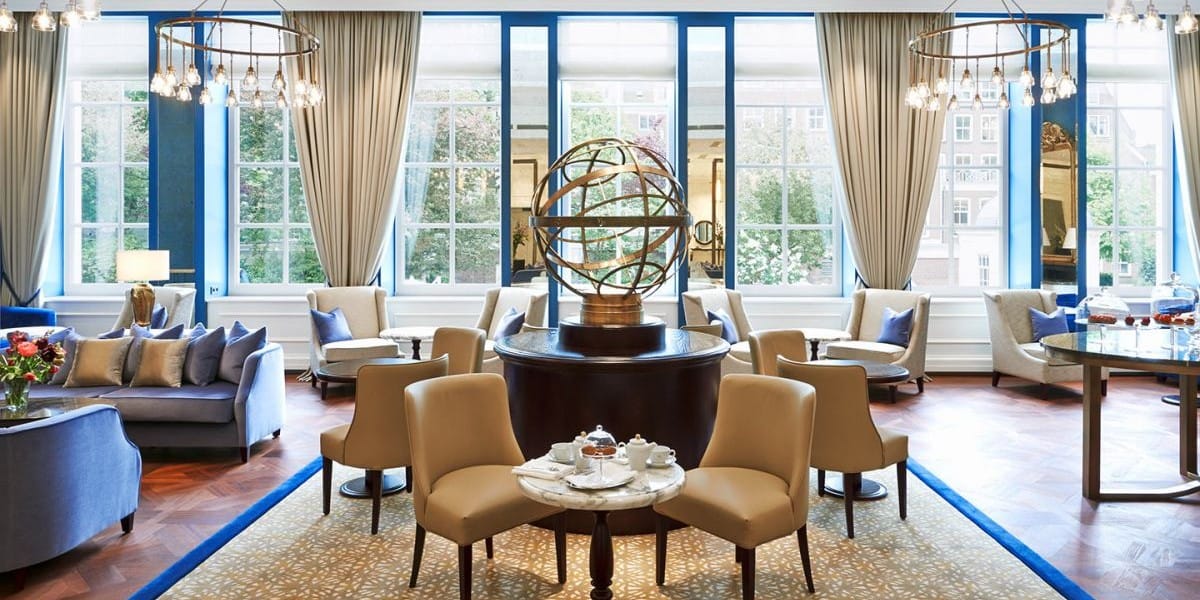 The banks of Amsterdam’s most charming canal, the Herengracht, welcomed a new hotel last May that is redefining 5-star luxury in the Dutch capital. The 93-room Waldorf Astoria Amsterdam may only be a tad over a year old, but is already laying claim as the chicest hotel in town. Now, discerning travelers to Amsterdam who previously had only a few stylish digs to choose from – such as the The Dylan and Conservatorium – have a new option and we can’t wait to show you inside!

The banks of Amsterdam’s most charming canal, the Herengracht, welcomed a new hotel last May that is redefining 5-star luxury in the Dutch capital. The 93-room Waldorf Astoria Amsterdam may only be a tad over a year old, but is already laying claim as the chicest hotel in town. Now, discerning travelers to Amsterdam who previously had only a few stylish digs to choose from – such as the The Dylan and Conservatorium – have a new option and we can’t wait to show you inside!

Given its prime location on the canal, guests who are looking to venture from the standard taxi/limo service can arrive at the Waldorf Astoria in style via boat. Think of Amsterdam as the ‘Venice of the Netherlands’ albeit with more bikes (and, ahem, cannabis). Lucky for guests, both bike rentals and boat services are just a concierge phone call away. The hotel’s location couldn’t be more ideal: in addition to offering picturesque canal views, the hotel is only a 15 minute walk from the museums (Museumplein), 6 minute walk to the Dutch National Opera & Ballet house and, of course, a short stroll to the city’s many charming restaurants and shops.

We love that the hotel is also located in a UNESCO heritage site. Stepping inside the Waldorf Astoria Amsterdam you will find the Louis XIV-style interiors updated for the 21st century. What makes the canal-facing property even more unique is that it is comprised of six townhouses that date back to the 17th and 18th centuries. Each of the townhouses have a unique story and background from a bank (see Vault Bar below) to an opulent residence for notable Dutch merchants.

One of the property’s standout features is the courtyard garden which happens to be the largest in the area. A nice retreat from city life, the garden runs the length of all six townhouses. We’re told it is a must-see in the springtime when over 5,000 tulips are in bloom (wedding anyone?).

Thanks to renovations, guests can still enjoy the property’s history without sacrificing modern luxury amenities. Accommodations range from Guest Rooms (available in king, queen and twin), Lofts (located on top floor with canal and rooftop views), and Suites (ranging from 600 to 1,324 sq ft) with views of the canal or courtyard garden.

At 1,324 sq ft, the Brentano Suite particularly caught our eye. It comes equipped with four separate wardrobes, two original decorative fireplaces, a dining room, living room, study, a master bedroom with a separate shower and bathtub, and a second guest restroom. Not too shabby.

From life-size sculptures to painted ceilings that date back to the 17th century, there’s no mistaking the property’s rich past. But it’s the modern touches such as the spacious bathrooms, light fixtures and calm, muted colors (that reference Holland’s Vermeer who painted ‘The Girl With A Pearl Earring’) that balance the new with the old world.

Waldorf’s design concept pays homage to the original buildings by incorporating textures and finishes meant to complement the famous canal and popular Dutch paintings. And although beautifully done, some guests have said nothing feels more like Amsterdam than looking out into the canal itself.

Location and interiors aside, the biggest crowd draw at the Waldorf Astoria Amsterdam is the hot Vault Bar. Once a notable bank in the 19th century, the Vault Bar is like a modern day gentleman’s club. With many of the interiors intact, bar-goers can sip signature cocktails alongside original 19th century vaults. We love that behind all the bottles of Dutch gin, you can find the original bank lockers too.

After a few starter drinks at the bar, guests can dine like nobility without leaving the hot

For those looking to relax after a day of strolling or biking through the city, there’s a Guerlain Spa with a heated indoor pool and fitness options.

Ready to upgrade your European vacation?  The Waldorf Astoria Amsterdam is a Virtuoso hotel, so don’t miss out on special rates and perks here. As always, through our partnership with Classic Travel, Inviato readers receive VIP perks (in addition to HHonors points!) during their stay.  In addition to the above Virtuoso perks, guests who book by March 2016, can receive the following special through the hotel: 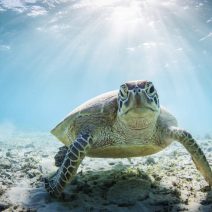