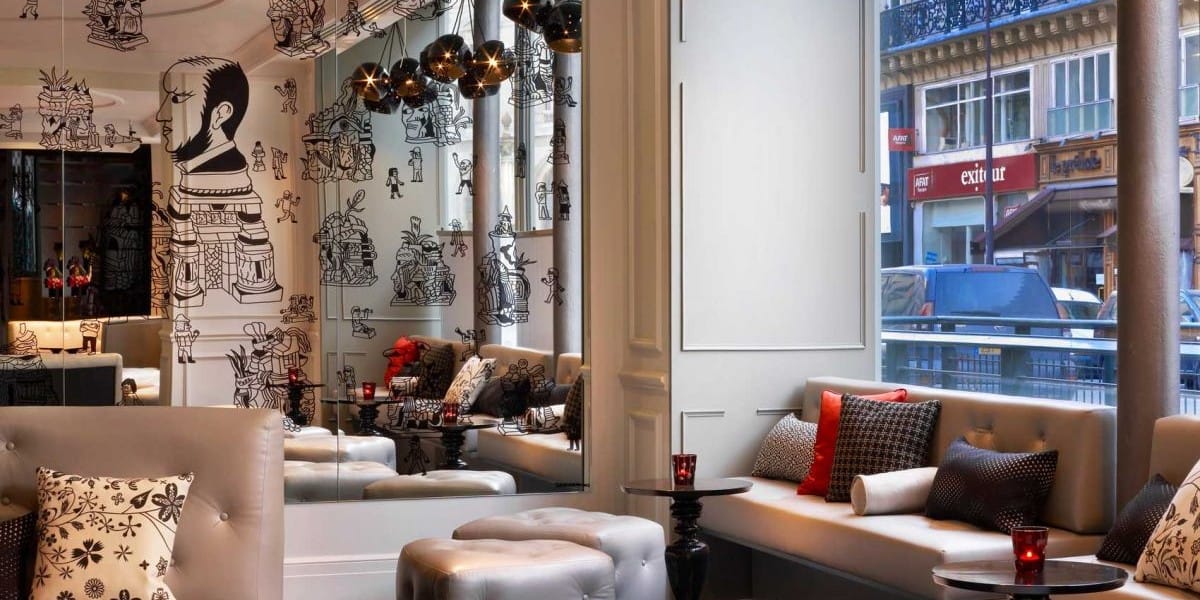 I received in my email box yesterday a press release from Starwood Hotels that it plans to open W Paris-Opéra in February, 2011.  The W Paris-Opéra will occupy an 1870s Haussmann era building in the 1st arrondissement, close to the grand department store, Galeries Lafayette,  Place Vendome and directly across from…you guessed it, the Opera house.

While this will be the first W property in France, it is the eighth W property in Europe, following the opening of W Istanbul in 2008, and the upcoming openings of W Hotels in Barcelona, St. Petersburg, Athens, Manchester, Milan and London. Starwood’s plans for world domination of W seem to be going strong, with plans to add 24 more in the next two years.

What I find really exciting about the announcement of the W Paris- Opéra, however, is that it will be designed by David Rockwell.  Rockwell is known for his eccentric and always theatrical designs such as the JetBlue terminal in JFK, the

hottest restaurants in NYC (Nobu, Buddha Bar, Kittichai, Monkey Bar …the list is long), the new Canyon Ranch in Miami, the 81st Academy Awards, the set of broadway musical Hairspray …you get the picture. Rockwell’s plans are to take the 1870’s neo-classical building and make it COOL…think lots of illumination, lights and color. Based on his past work, I don’t think he will disappoint.

The hotel will feature 69 guest rooms, 21 suites (all with fireplaces and direct views of the Opera house) a contemporary restaurant and destination bar, a fitness facility with spa treatment rooms, and all its other signature features.

If all this is making you want to hop on a plane to Paris right now but you yearn for something a bit more classical in style, Le Crillon and Le Meurice are offering special packages for December and January.

[…] Fall some new hotel additions you will be excited to hear about.  I previously wrote about the W – Opera slated to open in early 2011.  And, in June, a new Mandarin Oriental property (the first in […]