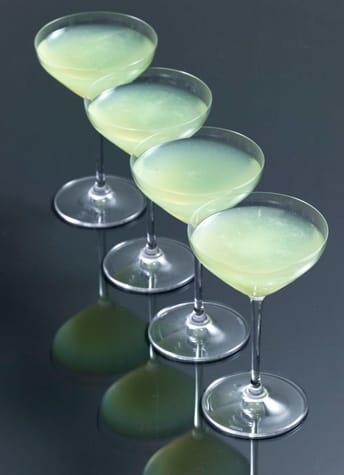 Shutters Open at The Savoy, London

The Savoy is Back!

After closing its doors in 2007 to undergo a much needed renovation, The Savoy is back in business.  The Fairmont-run hotel opened last week, not coincidentally on 10-10-10, to much fanfare in the London press.

So what is the result of the 3-year, $350MM renovation that the hotel says is the ” most ambitious hotel restoration in British history”? (Incidentally, the renovation was only planned for 17 months at $159MM – making it one of the world’s priciest makeovers ever).

All of the individually decorated 268 guest rooms (38 which are River Suites)  have been renovated head to toe with amenities such as rain shower head, M80 entertainment systems, WiFi and Ipod docking stations. The Royal Suite, refurbished at a cost over $3MM, encompasses the entire 5th floor of the hotel and can be booked at a paltry $16,000 a night (there is a service

kitchen if you are traveling with your personal chef!).  If you are inclined, you can check into one of the nine new “personality” suites, all with views of the river Thames, named after famous guests that frequented the hotel during its heydey such as Marlene Dietrich, Frank Sinatra and Charlie Chaplin. Each include features such as photographs and artifacts attributed to that person (expect 12 pink roses if you find yourself in the Dietrich suite  – the number of roses requested upon arrival by the actress each time she came to The Savoy).

French designer Pierre Yves Rochon spearheaded the effort (he did the renovations of most of the grand Four Seasons hotels and Hotel Hermitage and Hotel Sacher to name a few ) with efforts to bring  back the hotel’s former glamour while modernizing it to current day standards. The result is quintessential English design – a mix of Edwardian and Art Deco with lots of purple tones. (I’m pleased to hear The Savoy stayed true to its roots instead of yielding to the temptation to go ultra modern like some other big hotels that recently re-opened).

If you are looking for a hotel with history (open since 1889, The Savoy is one of the first hotels with public elevators and electricity), The Savoy is worth checking out …and some re-opening rates can be found starting at 295£. It’s hard to find pictures of the new public and private rooms but keep an eye on TripAdvisor as I’m sure reviews and pictures will be pouring in over the next few months.

Thanks for sharing your info. I really appreciate your
efforts and I am waiting for your further post thanks once again.